Abbey Road Studios in London yesterday morning. Did you know a project involving the creation of a certain Fender Anniversary Stratocaster model was set in motion at Abbey Road Studios? It's all in the book, plus there are stories about two of the guitar players we saw at the British Summer Time gig in Hyde Park yesterday afternoon and evening. We enjoyed Gary Clarke Jr., Steve Winwood, Carlos Santana, Eric Clapton and friends. It was a super cool gig on a chingo hot day! Rea
14 views0 comments
Gary Davies

I was given the opportunity to photograph this very special 50th Anniversary Stratocaster prototype recently. The close-ups of the guitar are top secret, so you'll have to wait for the book to come out before you can see them. Master guitar builder Greg Fessler at the Fender Custom Shop sure did a great job! #anniversary #stratocaster #50thanniversary #TheShadows #shadows #hankmarvin #brucewelch #oasis #musical #instruments #2009 #ギター #エレキギター #ストラトキャスター #記念日ストラトキャスター
6 views0 comments 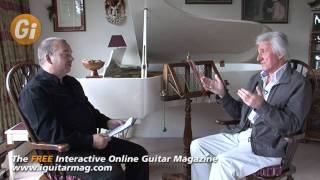 Guess who emerged from 'The Shadows' to speak with me?

That's not me with Bruce above, but I've enjoyed a number of delightful conversations with British guitar legend Bruce Welch, including two separate ones today! The modest strumming engine of The Shadows is as entertaining in private conversation, as he and the band are on stage. Bruce kindly shared plenty of information and memories about certain of his guitars that are of particular interest to me. I can't wait to see it all in print and thanks again Bruce! #brucewelch #the
4 views0 comments