top of page
This site was designed with the
.com
website builder. Create your website today.Start Now
Search
Gary Davies

It's been some time since I last posted in this blog, but I thought it was time to highlight the fact that there is now a limited stock of ANNIVERSARY STRAT books available. I have never promoted the book hard and never will do as long as a few copies still remain. But I do want as many guitar-mad Fender Stratocaster and Fender Custom Shop fans out there as possible to get hold of a book before they are all gone. The signed and numbered limited edition run of 1,954 books (the
4 views0 comments
Gary Davies

All 45 chapters now ready to be proofread!

I'm delighted to report that after more than 4 years in the making, all 45 chapters are finally ready to be sent to the proofreader. I'm currently color managing all the photos. Phew! Of course the full story of this 9/11 Stratocaster and the other two Strats that make up the very special trio is told book. Photo: Courtesy of the Rock & Roll Hall of Fame and Museum, Cleveland, Ohio. Photo: DPI Digital Content. With sincere thanks to Tommy Clarke. #911 #tributestratocaster #an
46 views0 comments
Gary Davies

Abbey Road Studios in London yesterday morning. Did you know a project involving the creation of a certain Fender Anniversary Stratocaster model was set in motion at Abbey Road Studios? It's all in the book, plus there are stories about two of the guitar players we saw at the British Summer Time gig in Hyde Park yesterday afternoon and evening. We enjoyed Gary Clarke Jr., Steve Winwood, Carlos Santana, Eric Clapton and friends. It was a super cool gig on a chingo hot day! Rea
14 views0 comments 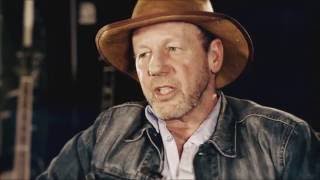 Although he's now busy coming up with new products under the banner of Mark Kendrick Design, I'm pleased to say Mark Kendrick found some time to talk with me again today. It's not very often I get to speak with someone who has worked "for every guitar company Leo Fender ever put his thumb print on." During the 25 years he spent at the Fender Custom Shop, Mark worked with the best in the musical instrument industry and built guitars for the most talented and well-known artists
21 views0 comments
Gary Davies